This is a research project on the evaluation of the improvement of human health by eating foods of animal origin with healthier properties, led by Leartiker and carried out in collaboration with Neiker, BioAraba and the UPV/EHU.

With SARS-Cov2 having reminded us of the importance of keeping communicable diseases at bay and developing global health awareness (environmental, animal, human), non-communicable diseases are now the major global public health challenge due to an increase in unhealthy eating habits and a lack of physical exercise. From the popular phrase ‘we are what we eat’ and based on the latest research on the composition of foods of animal origin indicating that they are rich in saturated fatty acids, the consumption of these foods has been recommended to be reduced in order to improve the health of the population. However, the composition of these products is also determined by their diet and the way they are produced, i.e., animals are also ‘what they eat.’ 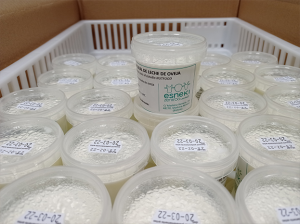 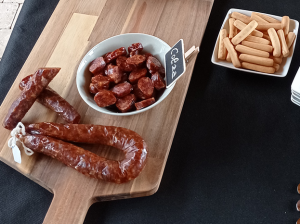 The NUTFOOD project ‘Research and development of health-promoting meat and dairy products through the feeding of oilseeds to animals’ came about from this idea and started in early 2020 and ended in June 2022. It was an ambitious project that involved monitoring from the production and evaluation of the stability of vegetable raw materials rich in monounsaturated and polyunsaturated fatty acids for animal feed to the observation of the human physiological response to the ingestion of products (meat and dairy) of animal origin fed with these feeds. Leartiker led the project with the essential collaboration of Neiker, Bioaraba and the UPV/EHU’s MetaboloMIPs research group. 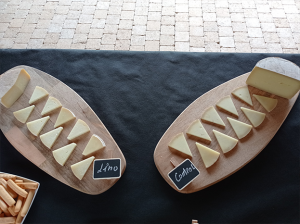 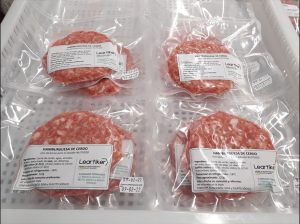 The project started with the local production of oilseeds (linseed, rapeseed, high oleic sunflower) which were cold pressed, obtaining a fat fraction, in the form of oil, which was used to formulate feed for feeding pigs, and a solid fraction, in the form of cake, which was used to formulate feed for feeding milking sheep. The cakes and oils were stored at different humidity and temperature conditions for 8 months, with no major differences in their temporal stability. The milk production of the sheep was also not altered between the groups fed different feeds, however, the pigs fed linseed oil had a higher liveweight gain than the other groups in the same fattening time.

Feeds designed from oilseeds had a positive influence on the fatty acid profile of the sheep milk and pork obtained, especially in those animals fed linseed, which acquired a better ratio of polyunsaturated to saturated fatty acids and a higher proportion of conjugated linoleic acid. In a balanced diet, polyunsaturated fatty acids and conjugated linoleic acid are nutrients with proven beneficial effects on cardiovascular and metabolic health.

A controlled clinical trial with linseed as the protagonist

In addition to the positive influence of linseed observed in the project, its production was seen as an opportunity for agricultural rotations in the Basque Country, as it is a crop with potential profitability for farmers, suitable for both human and animal consumption. This plant production was considered the most suitable for the second part of the project, which aimed was to evaluate in a controlled clinical trial the possible protective effect of the consumption of dairy and meat products made from nutritionally improved raw material on non-communicable diseases.

Sheep and pigs were fed linseed feed to obtain sufficient products for the clinical study. Dairy foods made from this milk were Idiazabal-type cheese and natural yoghurt made from sheep’s milk; and processed meat products were hamburgers and cured chorizo sausage. These products were used in the clinical study conducted with 100 healthy volunteers who were randomly distributed into 4 groups where their usual consumption of these products was replaced by the foods produced in the NUTFOOD project. From an organoleptic point of view, the foods were highly valued by the study participants, with the exception of the cured chorizo, which obtained a slightly lower percentage of acceptance.

The volunteers who participated in the clinical trial were closely monitored for blood lipid profile, inflammation markers, anthropometric data and impedance during the month prior to the consumption of these products and during the 12 weeks of experimentation. In general, it was observed that the consumption of the processed foods with healthier properties did not improve or worsen their health status, neither among the experimental groups nor the control group. This could be due to the fact that the composition of the food, when processed, has been standardised with respect to other products on the market without the health properties added in the raw material of origin, or another possible explanation could be the limited follow-up period or the sample size of the group of volunteers. 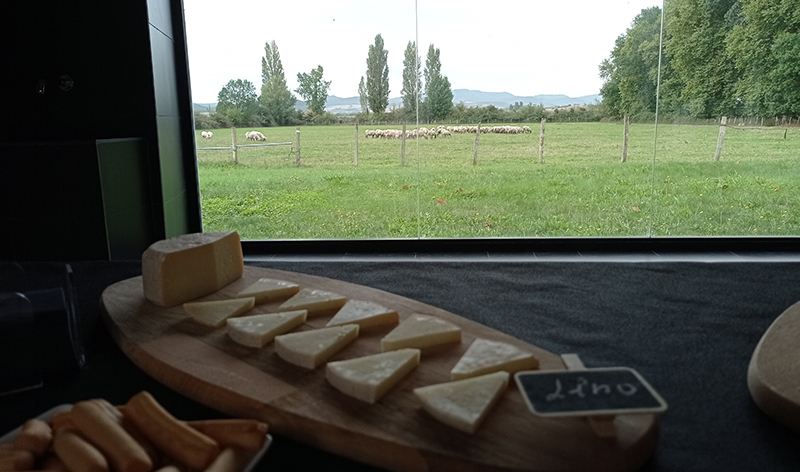 In conclusion, processed foods of animal origin with a linseed-based feed formulation have a high consumer acceptance without affecting human physiological parameters. However, the production of linseed for animal consumption could increase the profits of pig farmers by reaching the appropriate live weight for slaughter in a shorter period compared to other oilseeds and could improve the lipid profile of raw materials such as sheep milk and pig meat. These beneficial results on the lipid profile could probably also be visible in the long term in human physiology with linseed consumption.

Finally, the work carried out in this project has shown that this crop could be beneficial for the environment and the region’s economy, as it is based on local crops for animal and human consumption with adequate storage stability.

This project was funded by the Department of Economic Development, Sustainability and Environment of the Basque Government in the 2020 call of the ELKARTEK programme (File No. KK-2020/00090).