OLAVIDIA cheese, champion in its category of lactic coagulation cheeses, has been also proclaimed overall winner of the 12th edition of the GourmetQuesos Championship, in which it competed with almost 800 cheeses and where the Leartiker Dairy Centre was a member of the jury. It is also worth highlighting the large presence of Basque cheeses in the final.

The final of the 12th edition of the GourmetQuesos Championship was held this week. An event that is now firmly established as the biggest in the country, thanks to the almost 800 cheeses that were entered into the competition. A panel of 65 judges, composed of professionals from different areas associated with the world of cheese, is responsible for awarding different categories of prizes and crowning the overall winner as the Best Spanish Cheese.

Leartiker Dairy Centre was represented by its director Malen Sarasua, who sat on the competition’s jury. In the semi-final that was held on 6 and 7 April, a total of 768 cheeses were tasted across 15 categories, of which 90 (6 cheeses for every category) were shortlisted for the final. See the list of cheeses that were shortlisted in each category. 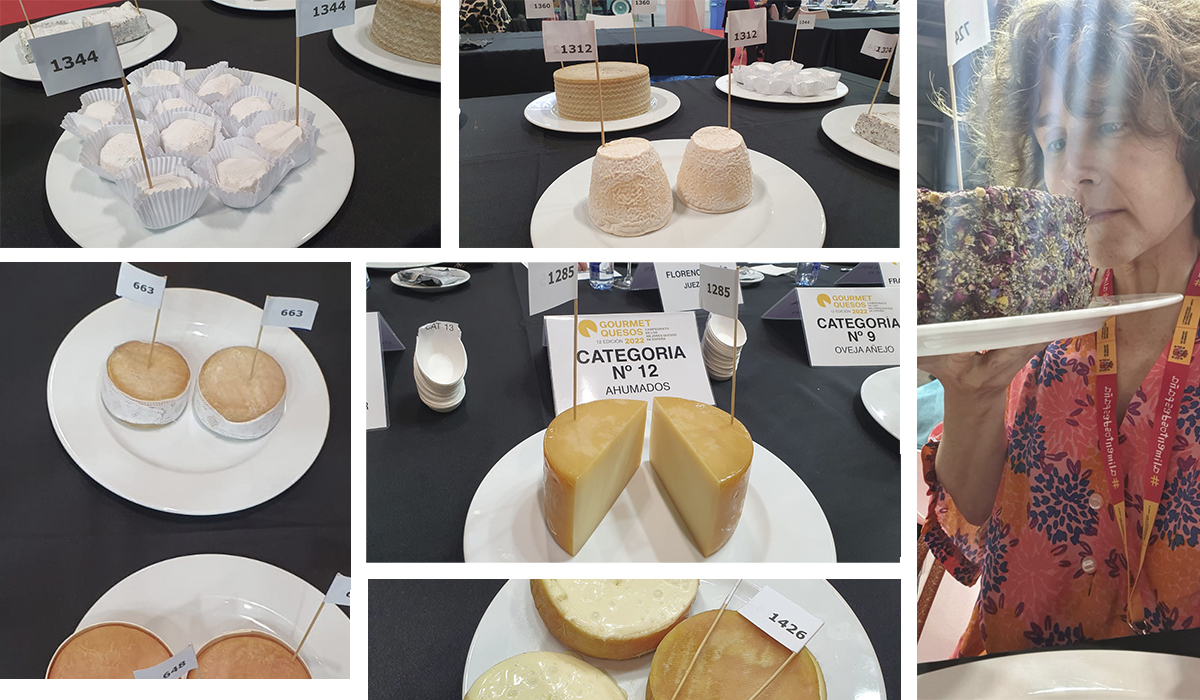 The final of the 12th GourmetQuesos was held on Monday, 25 April. During the first stage of this final, gold, silver and bronze medals were awarded in each of the 15 categories. See the list of winning cheeses in each category.

During the second stage, the country’s Best Cheese was selected. The 15 cheeses that were awarded the gold medal in their categories were entered into this super final and a tasting panel made up of 20 judges, including our colleague Malen, decided that the overall champion of this year’s GourmetQuesos is OLAVIDIA, a lactic coagulation cheese from the dairy Quesos y Besos. It is an artisan cheese made from the milk of its own livestock, goat’s milk of Malaga breed. It is characterised by being a cheese with a bloomy rind and a layer of olive bone ash inside. In autumn it was also proclaimed absolute champion at the World Cheese Awards championship held in Oviedo.

6 cheeses with Idiazabal Protected  Denomination Origin and one from Euskal Gaztak range (made with Euskal Esnea-certified milk) were awarded prizes in the semi-hard sheep’s cheese, smoked cheese, hard sheep’s/farmstead cheese and blended cheese categories. Additionally, 4 of them were awarded the gold medal, so they were in the grand final battling to become the overall champion of GourmetQuesos 2022.

A big congratulations to all of the winners, especially our very own Idiazabal PDO and Euskal Gaztak cheeses: